The Saskatoon foosball scene 18 Years ago, might have been the craziest year of Saskfoos history. At this time, the key players started to travel to big tournaments. All the players were learning at an astronomical speed. The rollover was the new craziest shot, and we were all learning five bar strategy, zone defence, and trash talk!

We played three times a week. We had a ‘bring your partner’ doubles tournament, ‘singles’ tournament, and a ‘DYP (draw your partner). All played at different locations, on two or three tables at a time.

Check out the stats, and the top money players of 2004. 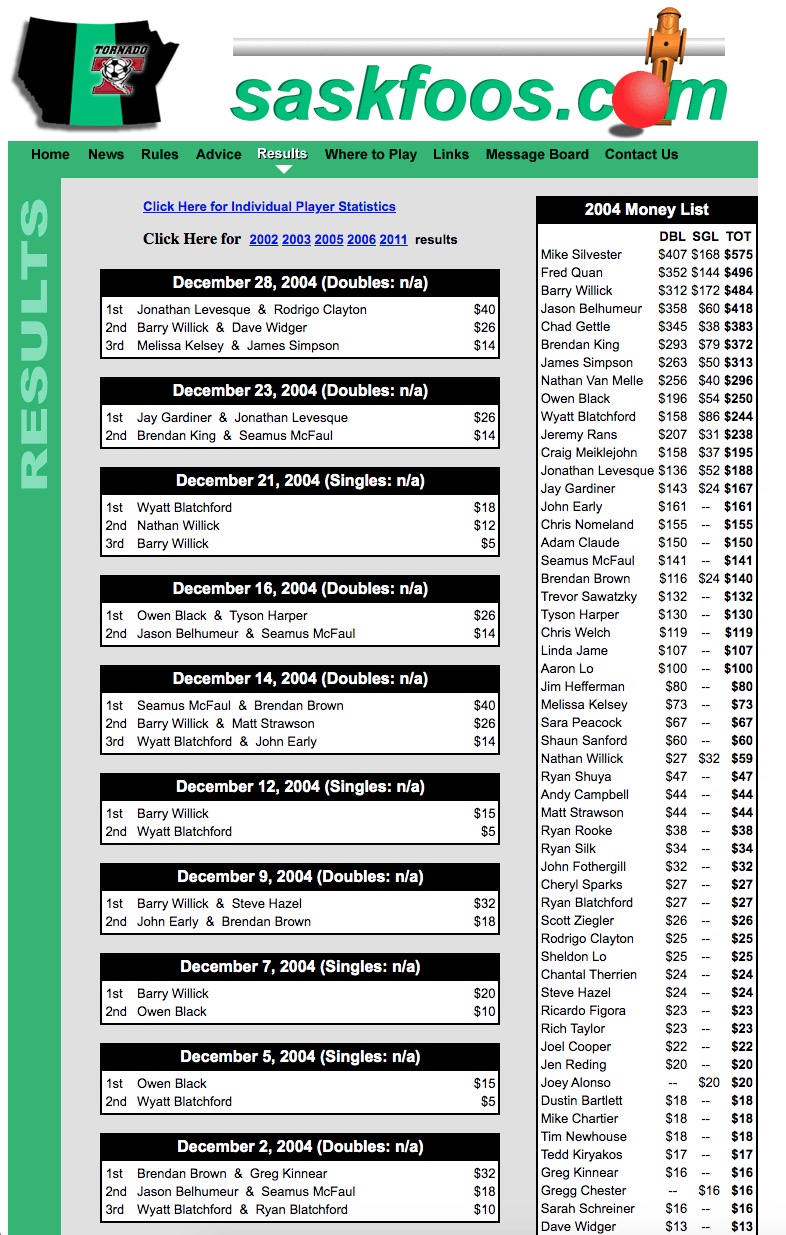